Minnesota Birth Center is pleased to offer in-house ultrasounds for routine 20-week scans as well as dating, growth, and other scans as medically indicated. MBC’s sonographers are passionate about offering supportive and family-centered care as you meet your baby for the first time on ultrasound.

Cindy was born and raised in California and moved to Saint Paul in her mid-teens to help her sister, who ran a small business. Since then she has moved in and out of Minnesota numerous times but had always found myself back here. She has two boys, the oldest being a teenager and the youngest being a pre-teen. At the moment she enjoys cooking outdoors and hauling the kids around to their various sporting events.

Cindy found herself completely amazed at her 20-week ultrasound with her second son. The sonographer was amazing and her skills interested Cindy enough that she began researching sonography programs as soon as her son was born. She completed her Diagnostic Medical Sonography degree from Argosy University in 2013 and since then has focused her work on sonography in OB and fetal medicine. Her passion has always been to assist in caring for pregnant women and providing excellent patient care. She greatly enjoys the special moments with patients when they get to meet their baby on their ultrasounds. 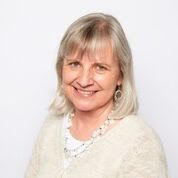 Linda grew up in Knoxville, Tennessee in the foothills of the Smokey Mountains where she developed a love of hiking and camping. After graduating from Goucher College (then a women’s college) in 1982 with a degree in Computer Science, Linda married her husband, Curt, a Lt. in the Marine Corps. They moved six times and had four children before settling in Cannon Falls, MN when Curt accepted a job as a pilot with 3M. Their 5th child was born in Minnesota and Linda enjoyed many years outside the workforce spending time homeschooling, volunteering, and holding down the fort as Curt frequently traveled around the world.

As their children became more independent, Linda returned to school to pursue a career as a sonographer. She graduated from the sonography program at The Mayo School of Health Sciences in Rochester in July of 2015 and earned credentials as a Registered Diagnostic Medical Sonographer with specialties in Abdomen, Ob-Gyn and Vascular. The care and compassion of sonographers during her pregnancies, including three losses, inspired Linda to pursue a career that would allow her to offer similar support and care to women and their families. Linda and Curt both agree that their favorite birth experience was that of their third child who was born at a birth center in Florida. Linda first heard of Minnesota Birth Center while she was in school and thought it sounded like just the place she would love to work someday. She is thrilled to be part of the care team at MBC in addition to working in the Radiology Department at Abbott Northwestern Hospital. Now empty nesters, Linda and Curt are looking forward to their future retirement dream of traveling the US in a 5th wheel RV!